Each markup you make on a plan sheet is added as a layer. The set of markups made in one session forms a layer group. Each layer group is saved when published, with a group name specified while publishing.

To edit the markups 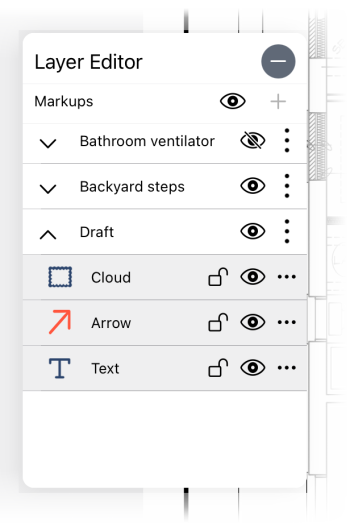 The editor shows the tree view of markups. These include the markup made by you and those added by shared with you by others.

The editor allows you to:

You can selectively hide markups that you do not want to see on the plan.

To show/hide a markup group 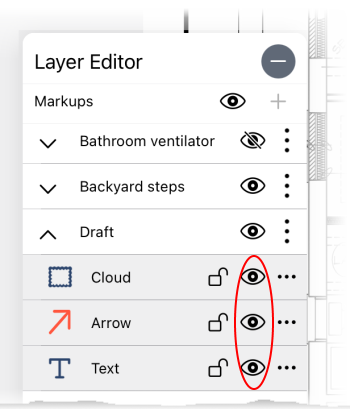 You can lock positions of markups to avoid them from being moved by unintentional actions when you are creating draft markups. You cannot lock/unlock published markups.

To lock a markup group 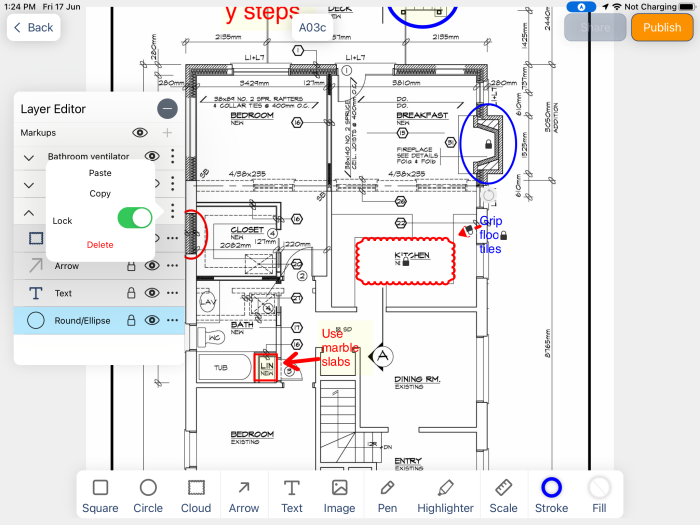 All markups in the draft are locked and indicated with a lock icon on them.

To lock an individual markup 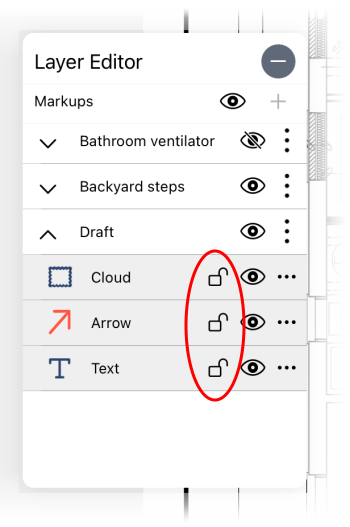 The Copy/Paste options allow you to clone markups and edit the copies as required. This is useful if similar markups with minor variations are made in sheets, for example, to share with different persons.

To clone a markup group

The markup is added to the sheet.

You can delete unwanted markups until they are in the draft state. Published markups cannot be removed.

To remove a draft markup group

Was this article helpful?
Thank you for your feedback! Our team will get back to you
How can we improve this article?
Your feedback
Comment
Comment (Optional)
Character limit : 500
Please enter your comment
Email (Optional)
Email